Kreeka, Seer of the Ratmen 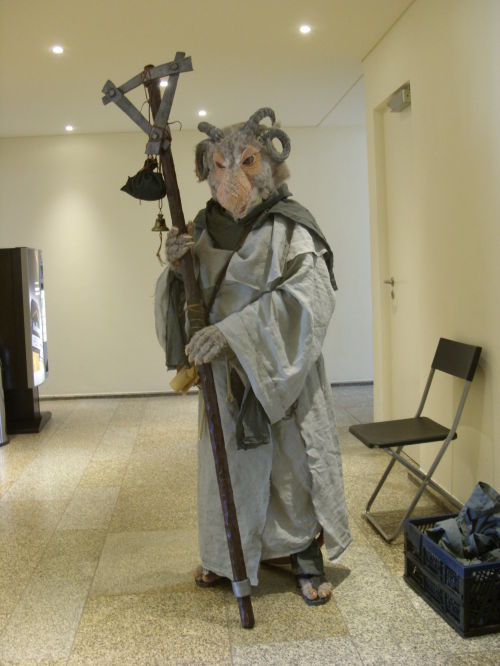 The rats are crawling out of their caves and the time of human-things will soon be over!

I don't remember what inspired the idea, but one day I decided I would make a Skaven costume. And why start small - if I chose to spoil the surface with my presence as digusting ratling, I could rather be the highest servant of the Horned Rat itself - a Grey Seer!*

(*A female Grey Seer? Is that even possible with Skaven, where the females normally are mere breeders? Yes, it is! If you want to know more, check Kreekas Story!)

I planned to wear the costume at the German Games Day 2013 in Cologne, so the deadline was set - August 11th 2013, 10 am (I kind of missed it. I admit. We arrived at 11 am.)  And believe me, I really used every minute of it! I was still glueing fur on the mask and sewing shoes during the five hour journey it took from Kiel to Cologne, I think I was done (if there is such a thing with these projects) fifteen minutes before arrival.
The last days had been completely stressful, I had slept around 90 minutes the night before, the mask was too tight, the suit too hot - and it was absolutely worth it!

Not only did I love the countless faces, surprised, laughing and exited, the enthused reactions of the GW staff and visiting celebs, I also won the first place in the costume competition!

Soon you will find a complete Overview of costume and character, for now have a look at some pictures my spouse took at the Games Day 2013 in Cologne: 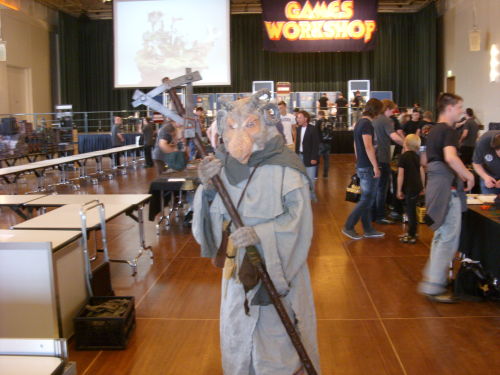 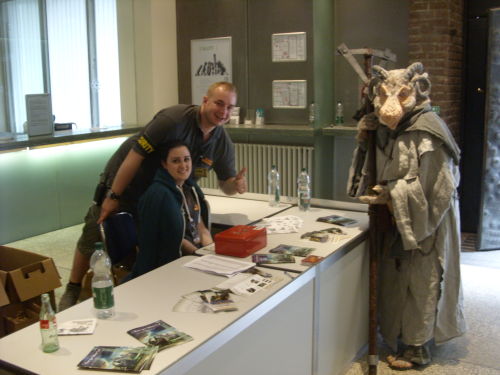 Free admission if I spare their miserable little lives...? 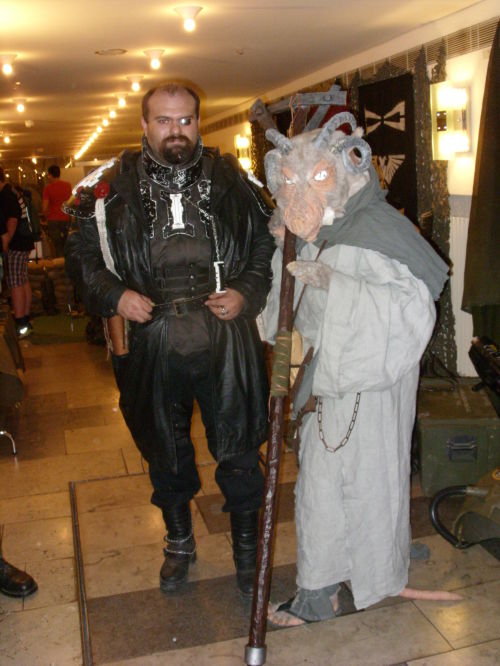 Just another species of abhuman, right, Mylord Inquisitor? Nothing to watch out for... 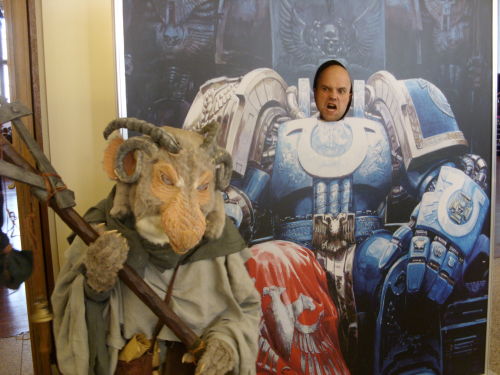 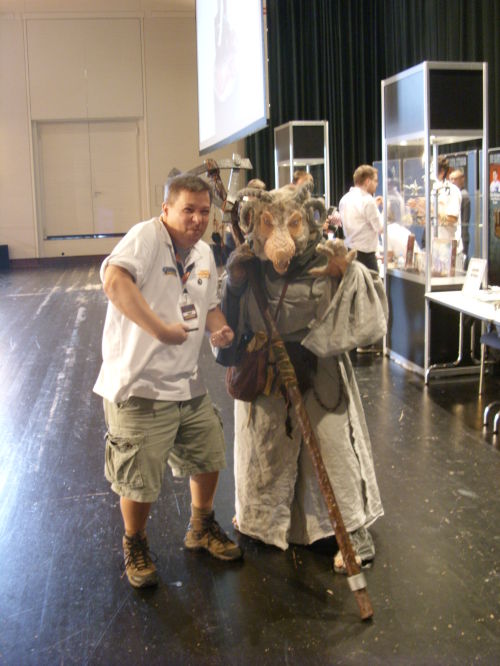 Jeremy Vetock, on the other hand paw, is positively thrilled. 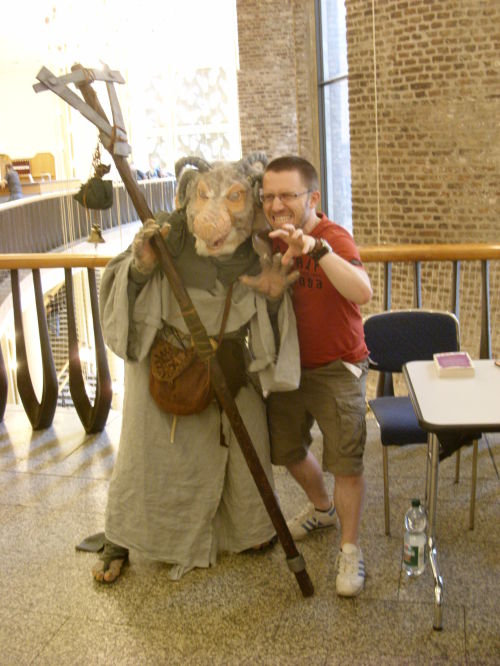 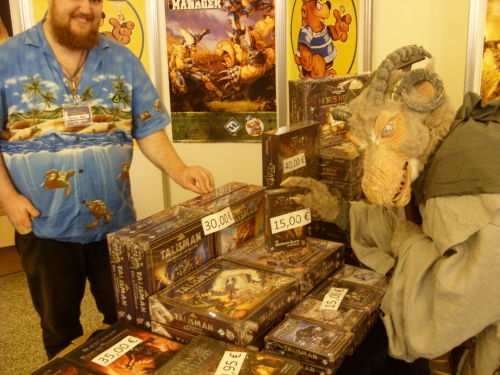 "Children of the Horned Rat" - without doubt the best game expansion ever. 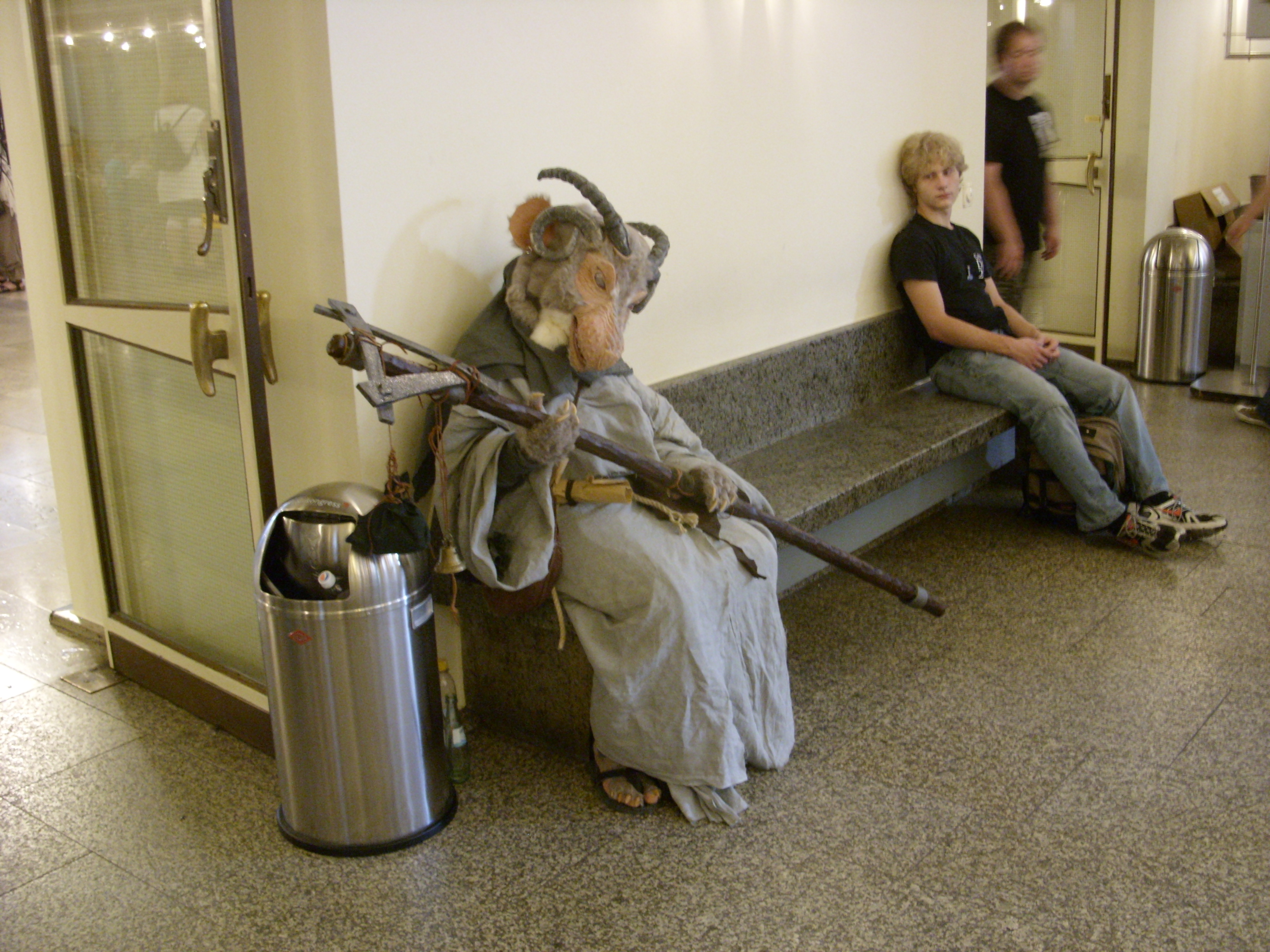 After a long, hard day full of intrigues and schemes... 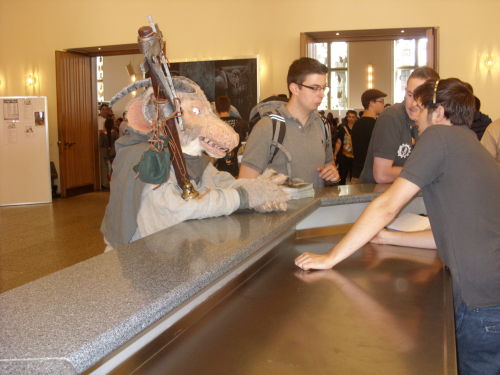 ... I need a break. Do they sell Skavenbrew on the surface? 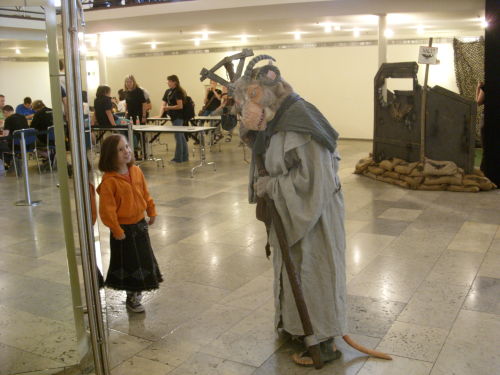 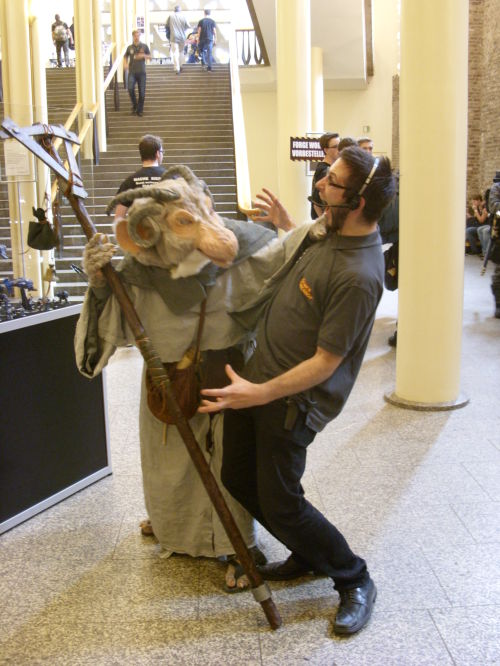 "Skaven" are the intellectual property of Games Workshop Ltd. See the Disclaimer for the complete list.